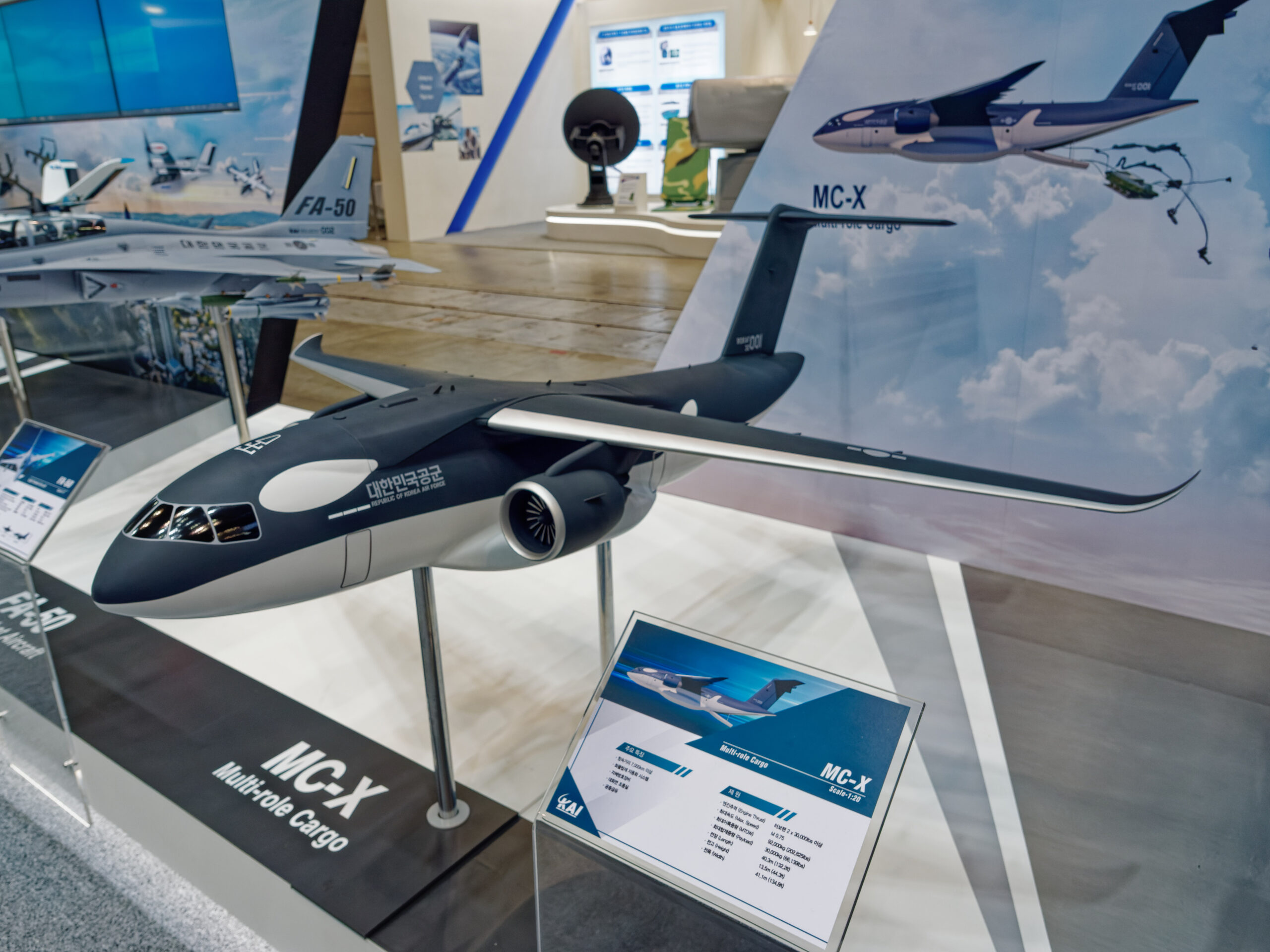 Korea Aerospace Industries (KAI) took the opportunity to showcase its proposed model of a new turbofan-powered multipurpose transport aircraft, tentatively named MC-X, at the DX Korea 2022 exhibition in Goyang from September 21 to 25.

While this is currently an unsolicited proposal, a KAI official told AMR that the company is in discussions with the South Korean Air Force (RoKAF) to understand its future transportation needs. The service currently operates 12 Lockheed Martin C-130H/C-130H-30 and 4 C-130J-30 turboprop tactical transports, 4 Airbus A330 Multi-Role Tanker Transport (MRTT), which can simultaneously undertake air-to-air pairings Air-to-air refueling and personnel missions/cargo delivery missions, and approximately 20 CN-235-100/220 aircraft configured for transport missions.

“We believe that with our current development capabilities, the MC-X will be able to enter production in the early 2030s,” the official said, adding that the South Korean Army and Navy could also be potential candidates with specialized capabilities such as special forces and maritime patrols Customers for their respective operational requirements.

Other planned features include an aircraft self-defense system and an automatic loading system.

The official noted that KAI’s goal is to develop a next-generation multi-role transport aircraft positioned between the C-130 and A400M platforms in size and capabilities. He added that while the company initially planned to develop and manufacture the aircraft as an in-house project, it may seek foreign industry partners based on subsequent technology assessments.

While he did not provide further details on the international partnership, AMR understands that Boeing and Embraer could be potential candidates because of their extensive experience in developing successful turbofan-powered military transport aircraft.

The MC-X is also likely to be offered to the export market, which would pit it against the C-2 Blue Whale, a medium-sized twin-turbofan-powered military transport aircraft developed by Japan’s Kawasaki Heavy Industries (KHI). Already in service with the Japan Air Self-Defense Force (JASDF).