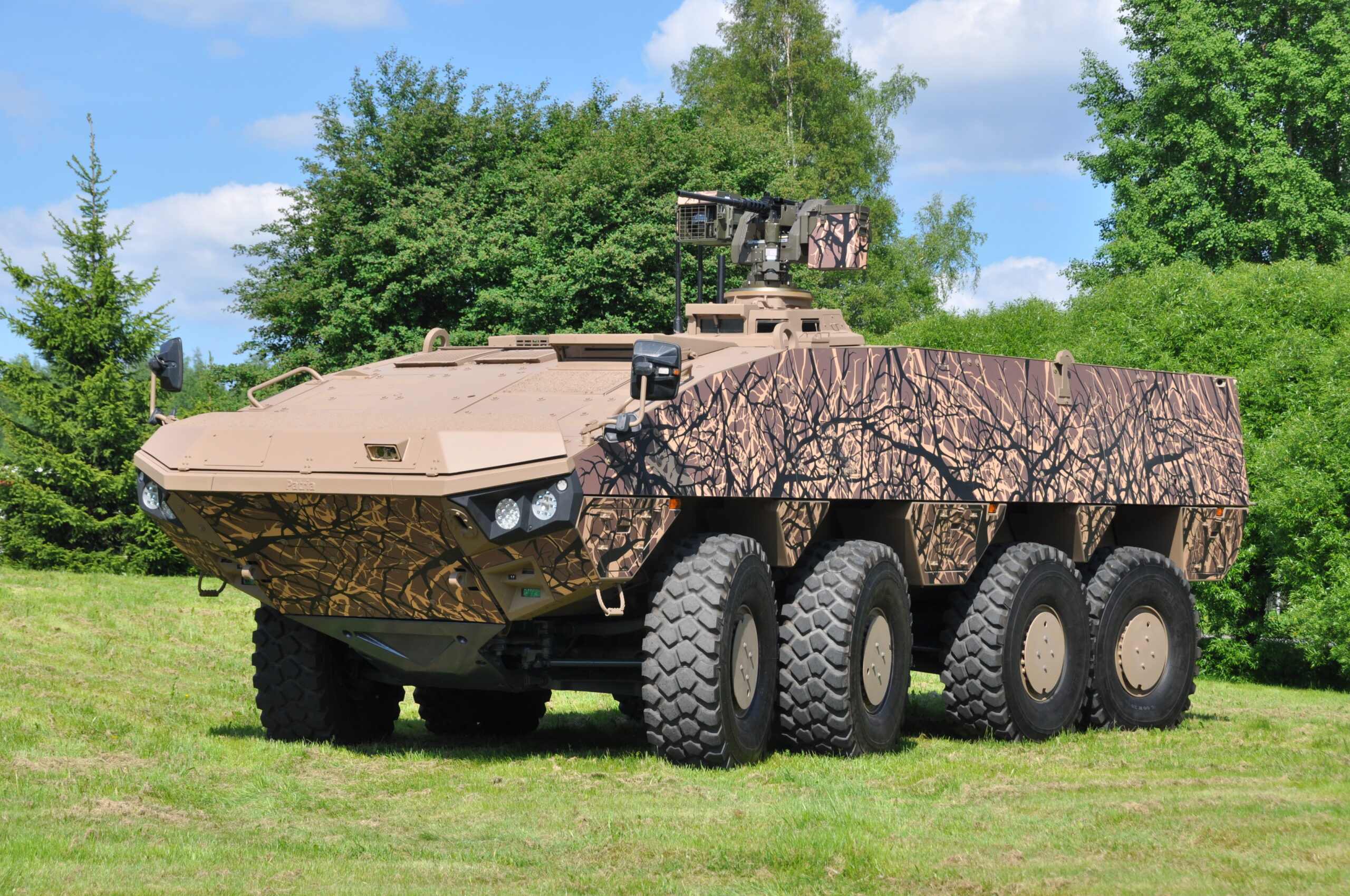 The Japan Ground Self-Defense Force (JGSDF) is in the final stages of evaluating candidates as a potential replacement for its current Type 96 wheeled armoured personnel carrier, introduced in 1996 and built by Komatsu.

After an international evaluation of a number of wheeled combat vehicles, the troops selected Finland’s Patria AMV XP and Mitsubishi Heavy Industries’ locally developed MAV (Mitsubishi Armored Vehicle or Mobile Armored Vehicle) for evaluation in 2020. Two candidate vehicles from each company have been undergoing technical testing and field trials through 2021, with testing reportedly expected to be completed in the fall of 2022. The test vehicle was recently publicly sighted in Japan, an unusual project in a previously tightly controlled environment.

The Mitsubishi MAV is a fully company-funded 8 X 8 wheeled combat vehicle design that draws on the company’s development of the Type 16 chassis used in mobile combat vehicles. Japan’s Acquisition, Technology and Logistics Agency (ATLA) announced it as a candidate in September 2016. It has a curb weight of 18 tons and a maximum combat weight of 28 tons. It uses a Mitsubishi 4MA four-cylinder diesel engine and can have independent, double wishbone or hydropneumatic suspension. It has a crew of 2 and can carry up to 11 soldiers, and it was on public display for the first time at DSEI Japan 2019.

The Patria candidate is its newly developed AMV-XP modular, multipurpose 8 X 8 wheeled armoured vehicle. AMP-XP scalable protection against ballistic threats from Level 5+ and STANAG 4a/4b mines/IEDs. The design also minimizes radar and thermal signatures. The fully independent hydropneumatic suspension with its integrated terrain control system, large wheels, runflats, CTIS and ABS provides excellent terrain maneuverability. With a fully digitized data and control backbone and surplus power, the AMV-XP is ready to meet the demands of the battlefield of the future. Patria has previously been open to technology transfer and licensed production, which is also to be expected if selected in the program. The Japan Ground Self-Defense Force had suggested a decision to replace the Type 96 as early as the end of 2022.