Thirty years ago, I first visited Pakistan in the summer of 1992 as a biology student to assist Dan Blumstein with a wildlife research project on golden marmots Khunjerab National Parklocated in the northernmost part of the country.

I’ve kept in touch with the people I met there since then, but the impetus to come back again came from a chance encounter over pizza and beer in Kathmandu in January 2018. There, during a planning workshop focused on conserving snow leopards and animals in the mountains, I unexpectedly ran into an old acquaintance who had been a field assistant like myself. Now, years later, he is a seasoned developer in his own right. We stayed in touch, and this year, we finally found an opportunity to work together to identify more concrete ways we could support and strengthen our local communities. The first step: a journey of discovery, where we can witness and discuss the mountains of Pakistan, its people and natural environment, and possible future cooperation.

well aware of the situation facing pakistan heat wave and flood, but hoping the mountains will avoid some of these challenges, we’ve focused on the far north. Here we have a dual purpose – returning to cherished landscapes and communities, and exploring projects that can support community development and conservation at the same time. We know that environmental concerns and local development, while often viewed as opposites, can be brought together through the sustainable use of resources such as pastures and wildlife. We are also convinced that there is an urgent need to bring these two aspects together, especially in critical landscapes where mountain livelihoods and priority conservation areas overlap.

After flying to Islamabad, the capital of Pakistan, in mid-July 2022, we set off from the big city and the surrounding hot plains month-long exploration Head north through remote mountains. 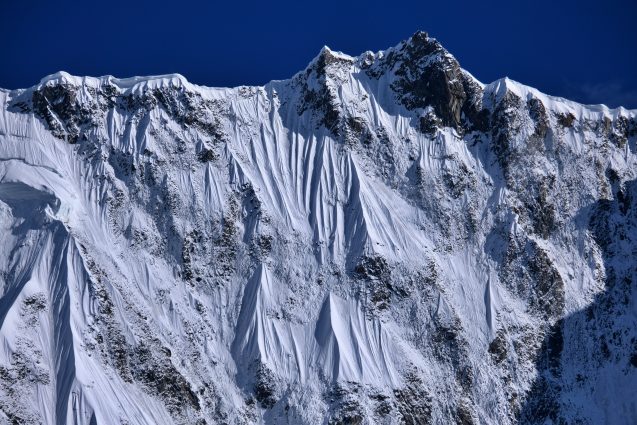 The Karakoram is the second highest mountain range in the world, located mainly in northern Pakistan, connecting the Himalayas with the Hindu Kush and Pamirs. (courtesy of Mark Fokkin)

We headed first to Upper Chitral on the Afghan border and up the Yarkhun Valley to the gateway to the Broghil Valley. The area is inhabited by the Wahi herders, an ethnic group of about 50-60,000 scattered across the border regions of China, Pakistan, Afghanistan and Tajikistan. The Wakhi herders of the Broghil Valley speak a Persian dialect and continue their traditional livelihood mainly dependent on yaks.Although the government has established a National Park In this valley, it has yet to develop a “management plan” to achieve conservation goals while allowing local Aboriginal communities to continue yak husbandry in an intergenerational way – an approach that is known for its ecological awareness and their cultural identity with the people. made a profound contribution.

Out of the blue, we were invited to and observe a village council meeting About 40 people gathered. With the appointment of a new chairperson on this special occasion, the widespread mobilization of the local community was evident, with discussions on how best to maintain roads, improve health services, improve land and agricultural production, and prepare for disasters in the mountains.along with devastating flood This level of mobilization and local organization will be critical for recovery and reconstruction as landslides will soon come and destroy most of the homes and all the fields in the area. 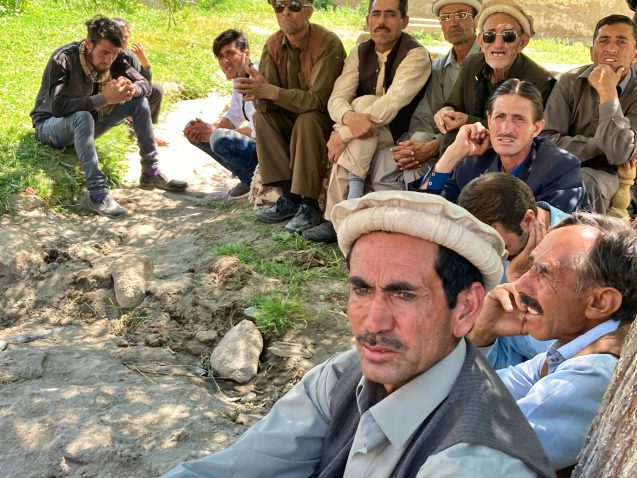 After Upper Chitral we headed to Upper Hunza passing through one of the Most Notorious (Dangerous) Mountain Roads Visit Shimshal village in the world. The 50-kilometer road took 23 years to build, mostly by hand and mostly by the communities themselves.

To outsiders, Upper Hunza appears as an intricate landscape of dry mountains and valleys, but locals speak of a variety of land types, each with its own character and well-defined activities, all cared for by the community .In recent years, local community associations such as Himshal Nature Trust The aim is to maintain and even strengthen this customary approach and to transform their traditions to be able to interact more effectively with government authorities responsible for forests, wildlife and national parks. 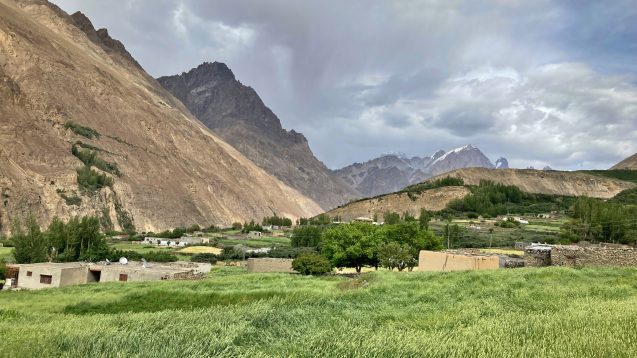 The village of Shimshal, the highest settlement in the region, stands at 3,100 meters above sea level. (courtesy of Mark Fokkin) 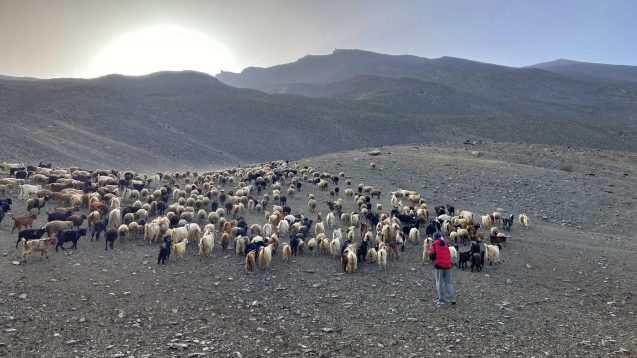 Shimshali herders on their way to the Lupghar pasture at an altitude of about 4,200 metres. (courtesy of Mark Fokkin)

Towards the end of the trip, we returned to Passu village, from where we hiked about 25 km batura glacierone of the longest non-polar glaciers in the world, reaches to the base of Batura Sar (7,795 m), the highest peak in the westernmost Karakoram range.

Herders from Passu and the nearby Hussaini villages graze their livestock in this glacial valley, each on its own side. Both groups take responsibility for protecting their wildlife through local community-based game reserves that strictly enforce quotas based on annual censuses of target species and return most of the hunting fees to the communities themselves. 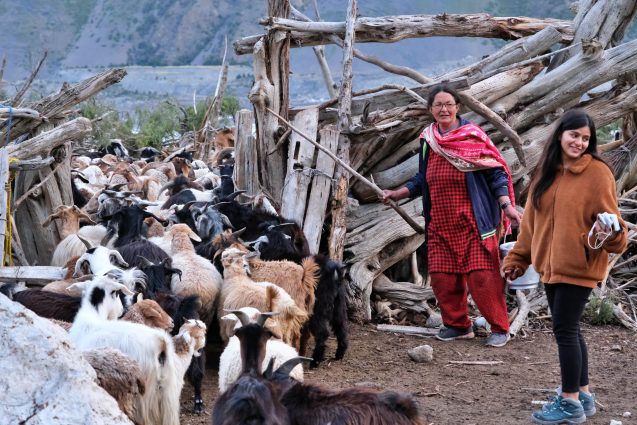 Vahi nomads in Passu village at the Yashpiert summer pasture along the Batura Glacier. (courtesy of Mark Fokkin)

Our conversations with local communities and our friends and colleagues have highlighted to us the tremendous achievements in local socio-economic development over the past few decades, including community-led game tourism and the construction of new water canals for irrigated agriculture, as well as wildlife and forest protection. Each of these local initiatives is clearly supported by a more inclusive approach provided by community associations. Yet poor road conditions still limit access to services in many places, mountain hazards are very real, and climate-induced disaster risk remains a constant in everyday life. In some cases, the relationship between communities and formal national parks must also be improved. Fortunately, there are already successful models in many parts of the world that can be used for reference.

What was necessary for these changes was already there: the information, knowledge, insights and experiences that brought about these changes were heard from many sources. With a clear commitment, many innovative individuals and institutions are now seeking to strengthen and build resilience in these vulnerable regions. We look forward to returning and working together on new ventures in the future.

Marc Foggin has worked for nearly 30 years as a conservation biologist, development practitioner and researcher in local and indigenous mountain communities on the Tibetan Plateau and Central Asia—mostly as the organization’s founding director plateau view and as an honorary research assistant School of Public Policy and Global Affairs, University of British Columbia. He was invited by the editor of GlacierHub to share this article.