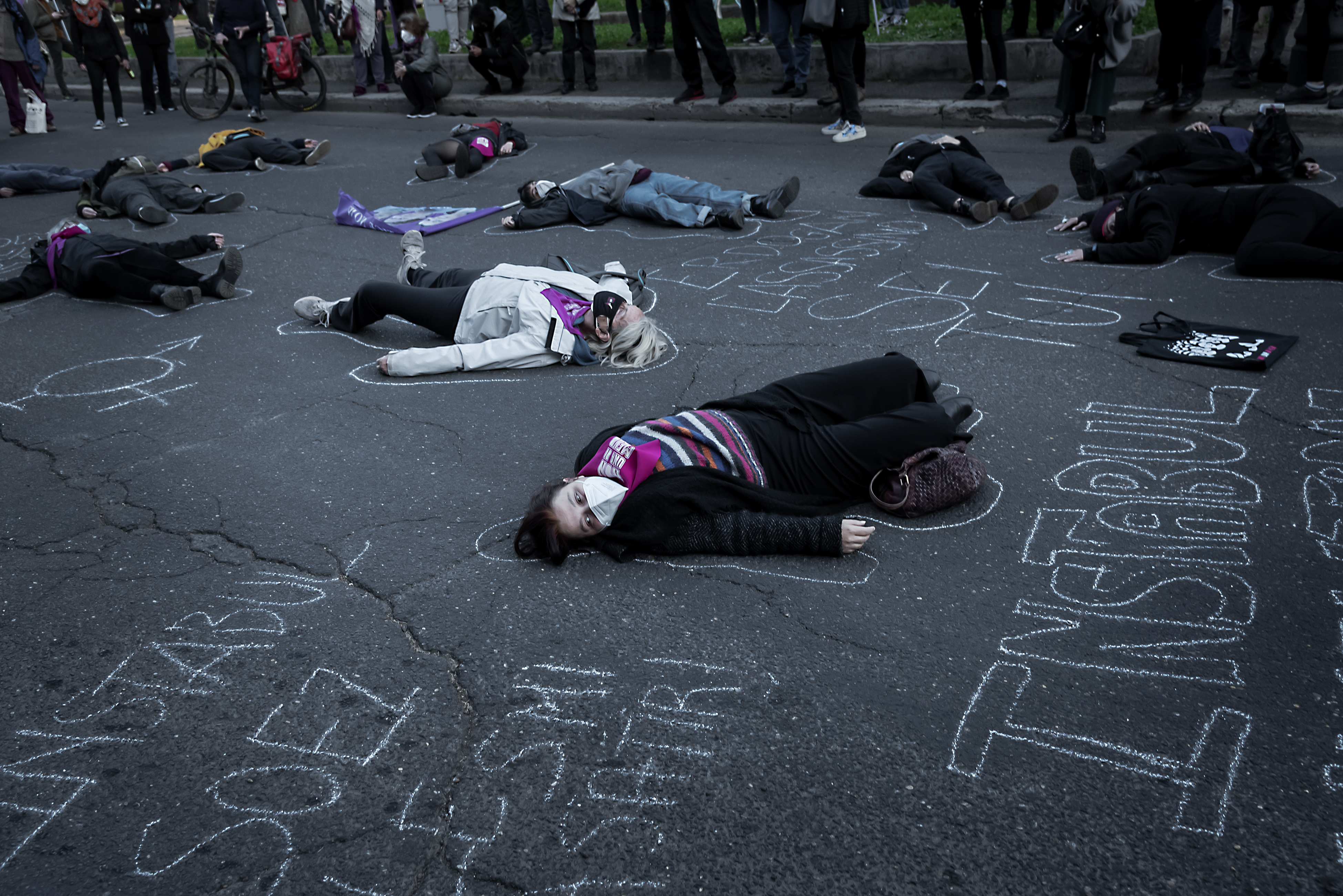 According to the Associated Press, women and LGBT groups on Thursday protested Turkey’s formal withdrawal from an international treaty that protects women from violence.

Soon after the withdrawal, hundreds of women demonstrated in Istanbul with signs indicating that they would not abandon the Istanbul Convention of the Council of Europe. One of the banners read: “We are not over yet.”

Turkish President Recep Tayyip Erdogan said: “Some groups try to view our formal withdrawal from the Istanbul Convention on July 1 as a step backwards. Just like our fight against violence against women The struggle did not start with the “Istanbul Convention”, it will not retreat with us.

Erdogan suddenly promulgated an overnight decree in March, ending the country’s participation in the convention, sparking condemnation from women’s rights organizations and Western countries. This week the court rejected the appeal to stop the withdrawal.

In March of this year, the Communications Bureau of the Presidential Palace of Turkey issued a statement stating that the Istanbul Convention was hijacked by those “trying to normalize homosexuality”-which is incompatible with Turkish social and family values.

Erdogan emphasized traditional family and gender values ​​on Thursday, saying that combating violence against women is also a struggle to “protect the rights and honor of our mothers, wives and daughters.”

Women, LGBT groups and others have been protesting this decision. They said that the Convention’s pillars of prevention, protection, criminal prosecution and policy coordination, as well as its recognition of gender-based violence, are vital to the protection of Turkish women.

On Thursday, hundreds of women gathered in Istanbul’s main pedestrian street with a intensive police force. The police cordoned off the area, but later removed the roadblocks briefly for a short demonstration. The protesters held high colored and rainbow flags, played music, whistled and chanted slogans.

On Saturday, the police used tear gas to disperse LGBT demonstrators and detained dozens of people. They were later released.

According to data from the We Will Stop Femicide organization, as of 2021, 189 women have been murdered in the country, compared with 409 last year.

“At midnight today, Turkey has turned away from the gold standard of guaranteeing the safety of women and girls. The withdrawal sent a reckless and dangerous message to the perpetrators of abuse, mutilation and killing: they can continue to do so with impunity,” Amnesty International Secretary General Añez Karamad said.