Story Telling
HomeHealthcareAfter the initial public offering, Doximity's stock doubled. This is how it...
Healthcare

After the initial public offering, Doximity’s stock doubled. This is how it plans to maintain momentum. 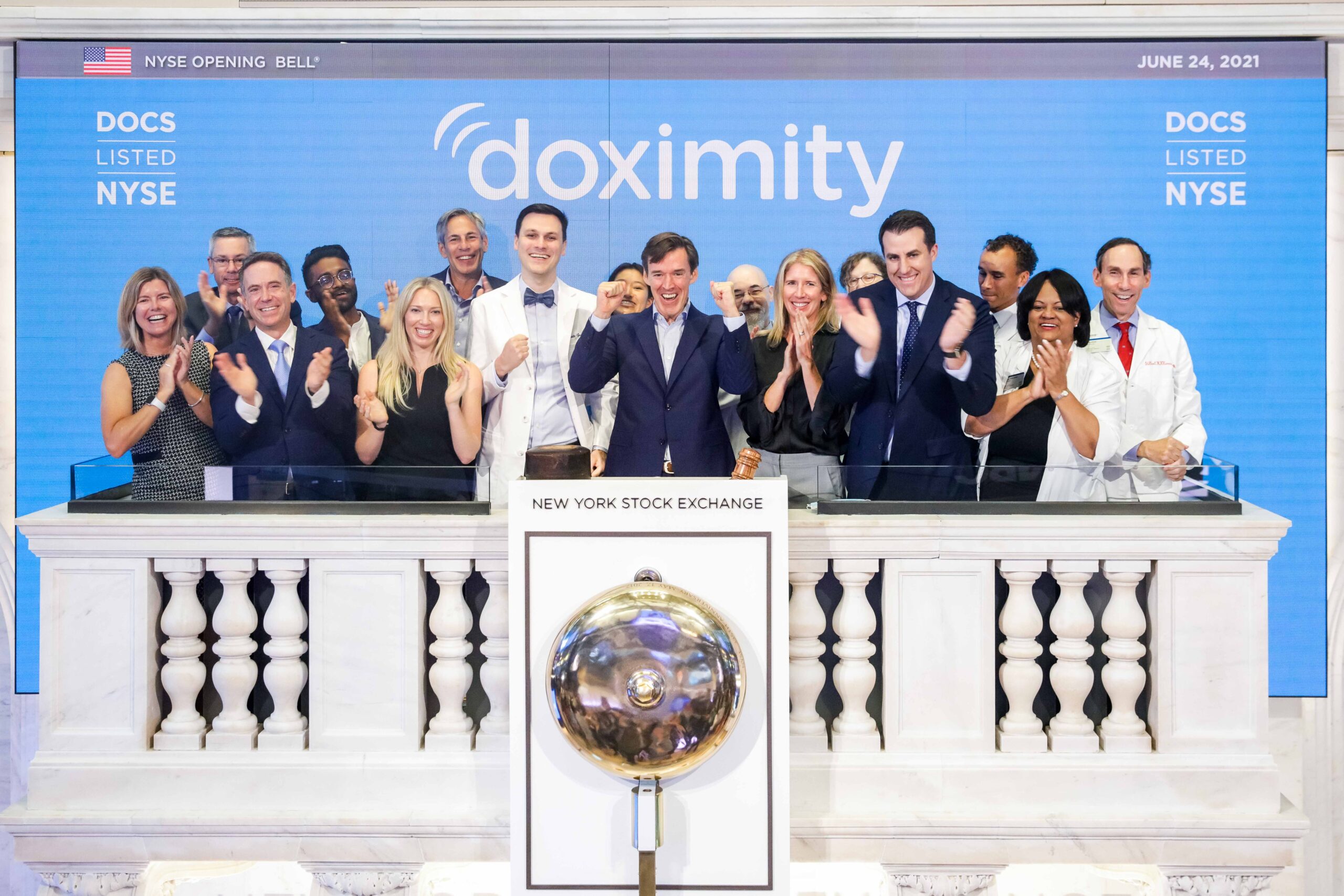 Doximity CEO Jeff Tangney rang the bell for the company’s stock to be listed on the New York Stock Exchange. Doximity’s stock doubled on Thursday, the first day of trading.

The share price of medical social networking site Doximity almost doubled in the first day of trading on Thursday, and the company’s valuation reached $9.4 billion. The company’s share price was $26 per share, and the trading price as of the day’s close was higher than $53.

Its revenue has been growing at double digits, and its revenue in the most recent fiscal year was US$206.9 million, an increase of 78% year-on-year. Its net income of US$50.2 million also increased by 69%. But the company has mostly remained silent and has not raised any venture capital funds since 2014.

Just as Doximity boasts that 80% of its doctors are its users, how can it keep up with the pace of growth? In an interview with MedCity News, Dr. Nate Gross, co-founder and chief strategy officer, shared some of Doximity’s future plans:

Doximity’s telemedicine plan:
Before the pandemic, Doximity had a very popular feature, that is, doctors could call patients via mobile phones.Last year, it Increased the ability of doctors to make secure video calls With a text message link sent to the patient.

Last quarter, 300,000 clinicians conducted video interviews on the platform. Doximity also attracted some paid subscribers for this feature, including more than 150 medical systems as of March

“We think this shows a real demand for this product,” Gross said.

Doximity plans to provide some additional features for its remote medical access, including the ability to add an interpreter, as well as educational tools, such as extracting cardiac anatomical images to help explain the condition to patients.

“We see a lot of opportunities and space for development here,” he said.

How Doximity plans to expand its user base:
Given that Doximity already has a large number of doctors among its current users, growth has become more challenging. Gross pointed out that most medical students who are about to graduate are members of Doximity, and the social network has the opportunity to expand to other medical professions, such as nurse practitioners and physician assistants.

In the prospectus, the company also mentioned opportunities to collaborate with physical therapists, dentists, psychologists and other experts.

So far, many of them seem to have taken advantage of this proposal. Gross said that more than 10,000 doctors participated in the offering.

“We want to be the health technology company with the most doctors,” he added.

About the competition:
In the prospectus, Doximity listed other social networks (such as LinkedIn and Facebook) as competitors. Gross said the company differentiates itself through its telemedicine tools and verification process to ensure that doctors have the certificates and licenses they claim.

“When you think about consumer platforms, this is not something they are capable of doing,” he said.

In many cases, Doximity replaces simulation tools, such as calling hospital operators to contact doctors, or providing advertisers with billboards and brochures.

“A lot of the things we compete with are the historical simulation world that medicine has been in for decades,” he said.