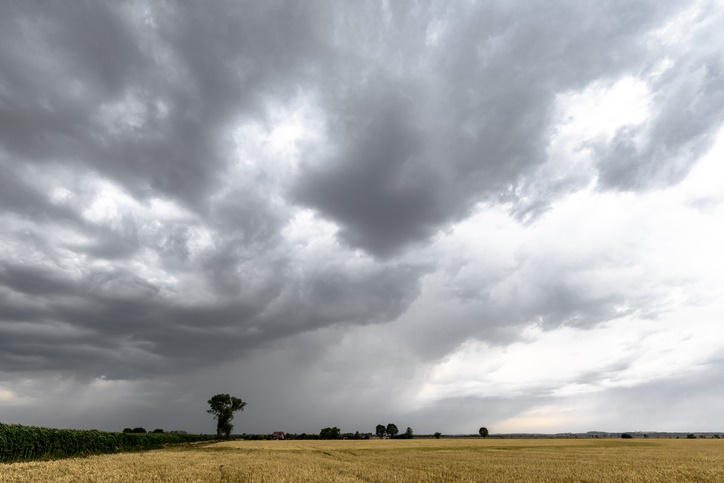 On Monday and Tuesday, heavy rain, huge hail and strong winds hit parts of Germany, Switzerland, and France, causing extensive flooding and tearing down part of the roof of the opera house.

According to police and railway operator Deutsche Bahn, several road tunnels in and around Stuttgart, Germany, were flooded on Monday night, and rail services were completely suspended.

Video clips show that the river gushes from the street and the windshield of the car is shattered by huge hail.

Emergency services in the southern states of Rhineland-Palatinate and Baden-Wurttemberg reported hundreds of calls to deal with flooded cellars, fallen trees, landslides and stranded drivers.

At around 22:30, a gust of wind blew off part of the roof of the Stuttgart Opera House, while about 250 people were still listening to songs.

Managing Director Oliver Hendrix told AFP that a large part of the copper cladding fell in the garden of the opera house.

He said no one was injured, but staff are still assessing the damage caused by thousands of liters of rain entering the opera house.

In the canton of Fribourg, the police and fire brigade received 300 calls, including the rescue of 16 children and two adults trapped by hail.

Six children and one adult were taken to the hospital.

According to ATS, at least five people were injured in the German-speaking Swiss cantons, including a cyclist who suffered a head injury from hail.

In France, tens of centimeters of hail fell in the southeastern part of the Vosges region on Tuesday, resulting in the non-seasonal use of snow shovel and snow plow.

Severe weather in Germany seems to continue until Tuesday night, and forecasters warn of more thunderstorms and heavy rain in the north and east of the country.