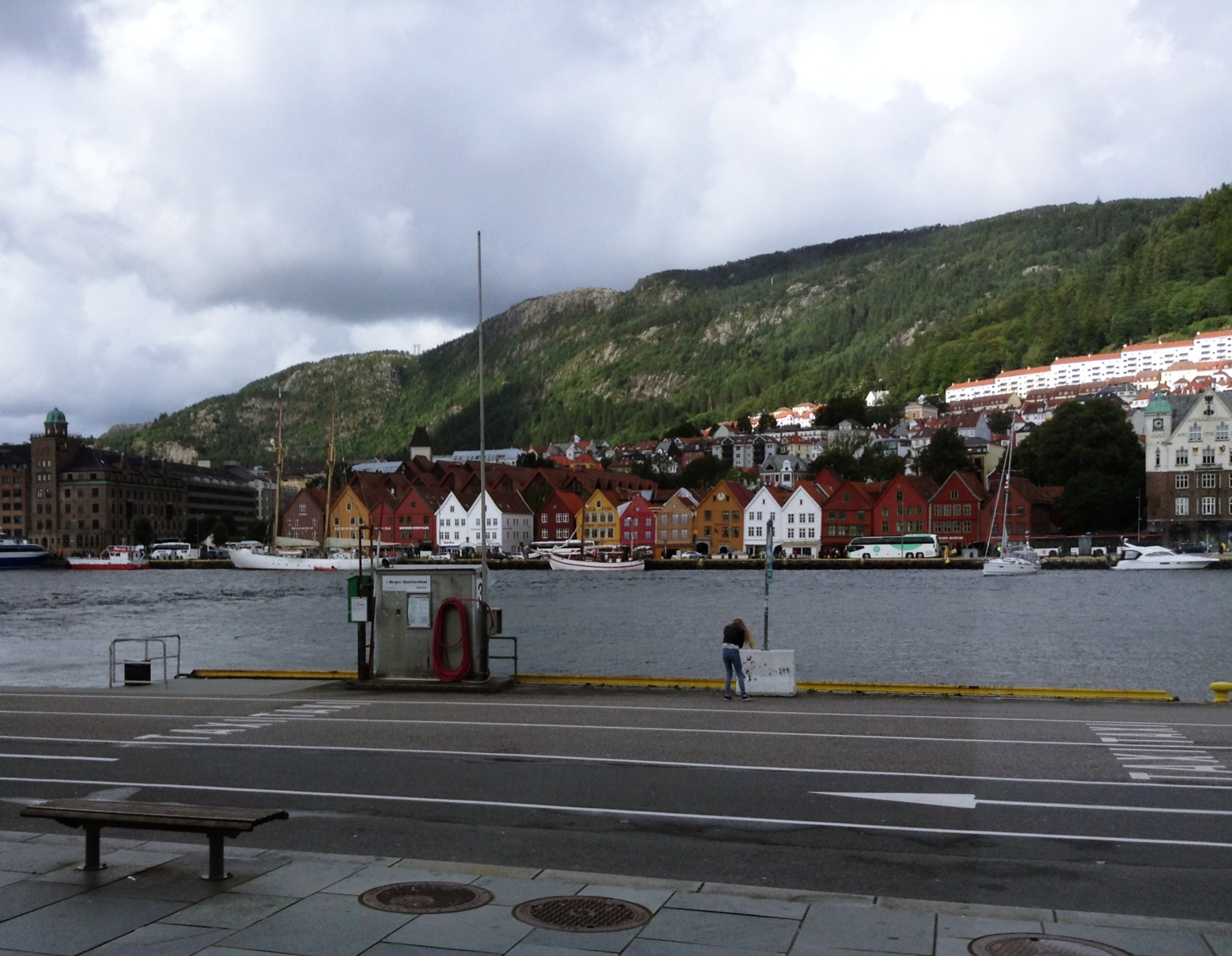 In Bergen, you will experience the Bryggen Wharf both day and night, and notice how the atmosphere changes completely. This is a beautiful transition.

Everything about Bergen takes you through 1070 AD, when King Olav Kyrre discovered the port after the end of the Viking Age at the Battle of Stamford Bridge. Based on it, Bergen was named Bjørgvin, which means green meadow surrounded by mountains. Fortunately, although modernization has gradually penetrated, it has not changed. So far, Bergen’s traditional trade settlement still retains the mottled fragments of the Viking era. Whether it’s the large-scale drinking “Royal Horn of Norway” in the 14th century, or Bryggen (Tyskebryggen) besieged by the winding trains of the Hanseatic heritage building on the east side of Vågen Harbour.

In the early 13th century, Bergen was crowned the capital of Norway, and in early 1830, this title was awarded to Oslo. It’s great for me. I started my trip to Norway in Bergen, the second largest city in Norway, and ended in Oslo, the largest city. During most of my stay in Bergen, I was instinctively motivated to explore the city on foot. In this city of seven mountains, distance is the bone, and the air quality is great! In addition, Bergen maintains mild cold weather in summer, making walking more enjoyable.

During the day, I would walk around the Byfjorden (city fjord) composed of the city center and the northern neighborhoods. In the evening, I would land at the Bryggen Wharf and dine at the seafood market. The paella and lobster here are the best I have tasted so far! Outside the pier, I will see the splendid remains of the World Heritage Bryggen. It was late at night, and as night fell, the house was brightly lit, like a necklace made of orange diamonds. Arriving during the day, do you want to watch the activities of Norway’s busiest port?

Currently, the port calls at more than 300 cruise ships each year, bringing nearly 1 million passengers to Bergen. As early as the 11th century, dried cod from the northern coast of Norway was the main export product of the Bergen trade. The Hanseatic building on the east side of Wagen Harbor is a slender wooden house that protrudes from the side of the dock. The earliest civilizations settled here in the 11th century, including Schøtstuene, the oldest surviving house. Walking here is like walking into an early village with medieval characteristics. Those near Julehuset are from the beginning of the seventeenth century.

As early as the 12th century, Bergen reached the pinnacle of trade, when it was granted a monopoly on trade by King Håkon Håkonsson. In the 14th century, North German merchants rediscovered the Bryggen Hanseatic League. By the end of the 14th century, Bergen had proven itself as a center of trade. Hanseatic merchants live in private residential areas and enjoy preferential rights to deal with northern fishermen every summer. What makes these houses unique is that despite their wooden structure, the most enduring is the fire of the 17th century.

While walking in the harbor, I gradually passed through Bergarden, Svensgården, Enhjørningsgården, Bredsgården, Bugården, Engelgården and St Mary’s Church. Head to the Hanseatic Museum (3 minutes walk from Bryggen) to learn about Bergen’s early trade. Here you can observe archaeological excavations from the Hanseatic era. In 1979, Bergen’s traditional wharf area Bryggen was included in the UNESCO World Heritage List. Therefore, unless you have visited the Bryggen Pier, the trip to Bergen is not complete, it is an absolutely delightful landmark.

I still remember how excited I was when I first saw this amazing pier from Strandkaien Road next to the seafood market. I was shocked by the colorful cordon of wooden houses dating back to the Middle Ages. The reflection it projected was as beautiful as a painting, illuminating the waters of the Askoyruten Strait. Then, I traced the silhouette to the last house on the iconic pier, and then returned to the main street. Now there are shops, currency exchange stations, museums, and a group of extraordinary voyagers moving by the harbor.

The trip in August (2016) undoubtedly allowed me to explore more! In winter, most of the Hanseatic beauty is buried under the snow. Summer is sunny and vibrant, and you can get magazines and postcards from shops, hotels and restaurants. Whether you are a backpacker, pop-up backpacker, traveling as a family or traveling alone, these are the best location guides you can get!

In Bergen, you will experience the Bryggen Wharf both day and night, and notice how the atmosphere changes completely. This is a beautiful transition. In the evening, have a pint or a cup of coffee at the bar restaurant opposite the pier and enjoy the magnificent view of high-speed Wi-Fi. Free Wi-Fi is available in almost all cafes, restaurants and bars nearby.

best things to do in Myanmar