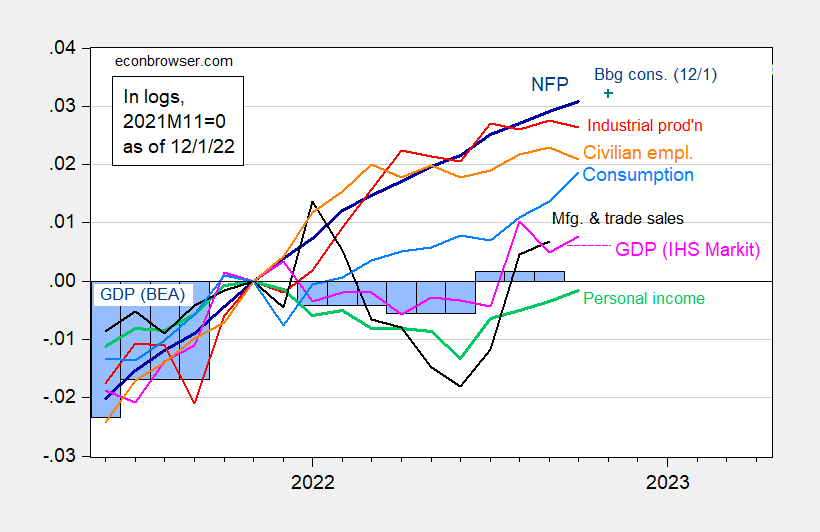 With the release of personal consumption and income for October, we have the following key series of pictures following NBER BCDC (and IHS Markit’s monthly GDP, previously from Macroeconomic Advisers).

As of today, GDPNow is Q4 2.8% q/q SAAR. A recession in the first half of 2022 seems (still) unlikely to me given the likely revision of GDP and the evolution of GDO.However, a recession in 2023 seems likely yield curve inversion and other predictors.