How I Learned to Stop Worrying and Love Responsible Borrowing 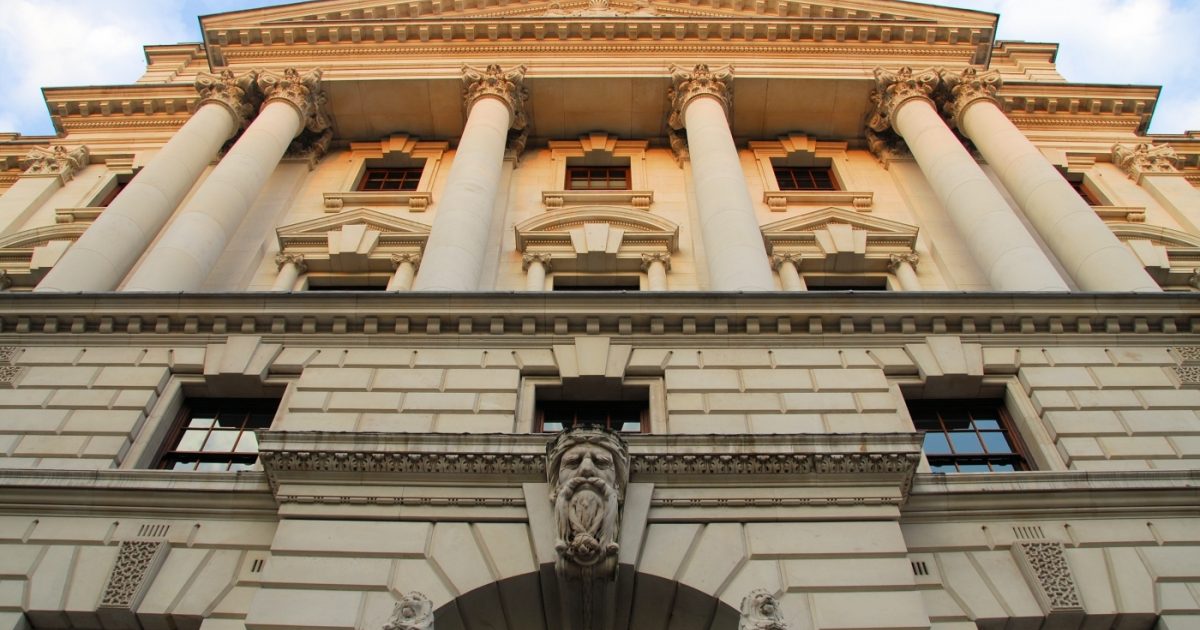 Governments and businesses should borrow to maintain production capacity during a downturn. Picture a successful business: If sales temporarily drop, they don’t fire all their employees to reduce borrowing. They borrow money to tide them over so they can keep selling when business improves. Likewise, the government should borrow to ensure that the country remains productive after the recession passes. A business that only focuses on reducing debt levels is not going to be very successful. The same goes for governments.

2. The UK’s debt is out of control

1. UK’s current debt-to-GDP ratio 100% of GDPwhile a comparable country like Japan owes GDP Ratio over 260%. The British government is not like you or me, nor is it going to die for the foreseeable future. That means the government doesn’t have to pay down debt to zero like we do in our lifetimes.

Second, the government’s debt load is not all debt. The debt load of any business is the total amount of debt it owns, or the interest payments on that debt related to its income. Likewise, for a government, its debt burden is its total debt, or the amount it spends on debt interest, as a ratio of its GDP. If a business has £1 million in debt but a turnover of £1 billion, that’s not really a problem. Likewise, for the UK, it doesn’t make much sense to say its debt is over £2.3 trillion, regardless of the size of the UK economy (£2.3 trillion, since you asked).

This is why the debt burden, as measured by debt/GDP, falls even as borrowing increases.Britain’s debt burden fall in the postwar period And the deficit is positive (Figure 1). This is because income (or GDP) is growing faster than debt. Responsible governments understand this.

Figure 1: Our Debt Burden (Debt/GDP) Falls Even as Debt Rise Due to Economic (GDP) Growth

Debt interest rates also matter. As shown in the chart below, a long period of low interest rates means that the interest rate on debt in the post-financial crisis period has fallen, but the total amount has risen.direction of“Horrible debt numbers” is not a very sensible way for anyone to think about government debt.

3. The Truss administration caused chaos by political incompetence, not borrowing

We can see this when we look at the evolution of UK bond yields during the period when Johnson left office, Truss became prime minister and Sunak rose to power.We use the Anglo-German bond spread (i.e. the difference between Bunds and German Bunds) as a measure of Incompetence premium. Spreads didn’t rise when she took office and have promised to £100 billion of energy package, an £18bn corporate tax break and National Insurance worth £13bn cut. At this time, bond rates did not suddenly rise.Big increase in expected borrowing hasn’t sent bond yields soaring

Bonds rise quickly on mini-budget Despite few additional tax cuts was announced. Major new announcements include income tax relief (£5bn), surcharge relief (£2bn), dividend tax relief (£1bn) and stamp duty relief (£1.5bn). This equates to an additional £8.5bn in tax cuts in 2023/24 and £10.8bn in tax cuts in 2026/27 over the previous plan. Some 90% and 80% of tax cuts and spending for 2023/24 and 2026/27 respectively have been pre-announced. Extra tax cuts of £11bn in 2026/27, equivalent to 0.5% of GDP, are economically stupid, but it is implausible to think that they lead to rapidly rising default risks and hence soaring interest rates.

The Anglo-German spread (the incompetence premium) rises as no one disbelieves that the actions of the Truss government are competent. Firing the Treasury’s most senior civil servant, and even refusing to look at economic forecasts, shows its incompetence.During a once-in-a-lifetime cost-of-living crisis without a democratic mandate, unexpectedly pro-rich tax cuts (the top 5% got over £8,500 compared to just £400 for the average household) led to a soaring incapacity premium. As Paul Krugman points out that when a major bank describes the UK government as doomsday worship.

4. UK borrowing rates usually rise with economic growth and inflation.They have little to do with default risk

Government bond (i.e. borrowing) rates in high-income countries such as the UK typically reflect real investment returns plus expected inflation (plus political risk). They typically rise because investment demand increases and/or inflation is expected to rise.

During a recession, when less productive investment is available, purchases of safe government bonds increase while their interest rates fall. This is why interest rates fell sharply after the Great Recession of 2008, while borrowing rose sharply (Chart 5 below).

The key takeaway: Government interest rates haven’t risen or fallen amid fears the UK won’t be able to pay its debts. Those numbers don’t tell that kind of story.

5. Borrowing and investing is the best way to protect our children future

First, (and we cannot stress this enough) what matters is the debt load, not just the debt. Responsible Borrowing Investing in Growth allows our children to reduce their debt burdens rather than increase them.

Second, if you really want to help future generations, then we need to create a prosperous and equitable country for them to grow up in. Investing in sustainable growth by ensuring they have good jobs with higher wages, and good schools and hospitals they can rely on. Our children’s lives now matter too. There’s no point in passing on a small amount of debt tomorrow if you’re not investing enough in their education today, or if you’re passing them a burning planet.

6. The UK government should act responsibly and borrow to invest in our future prosperity

As mentioned above, the UK should borrow to maintain its productive capacity (i.e. its people) during a recession. This helps foster future prosperity. However, tax increases should be implemented if they do not (significantly) reduce economic activity or disproportionately benefit the already very wealthy. When tax revenues are used to fund spending, this means a higher net benefit for the UK (as the cost of funds falls to zero). For the UK, windfall profits taxes (which do not affect economic activity) and wealth taxes fall into this category.they are ok Raising £15 billion and £60 billion respectively.

The UK should also borrow for investments with high economic or social returns, which would increase overall prosperity (and possibly reduce the burden of debt on GDP). The UK should prioritize two high-return investments. First, net zero investment. The benefits of preventing a catastrophic climate breakdown will reach everyone yet to be born. They are immeasurably large.Such investments can also reduce energy costs (through home insulation) and by stimulating innovation. The second area is early childhood care.early childhood care high return on investment.It is better to invest in your grandkids now so they can thrive and earn more money in the future than worrying about debt all the time.

7. The boundaries of how much we can borrow are hard to draw, but we know we are far from it.

We are far from any limit to the UK’s borrowing capacity, and the exact level of this cannot be defined by a single number. The limit to government borrowing is that the economic and social costs of borrowing outweigh the potential benefits. The limit depends on (among other things) the interplay between spare capacity in the domestic economy, trade balances, institutional relationships (such as treasuries and central banks), financial stability, and relative performance compared with other countries. Essentially Importantly, the purpose for which the government borrows also matters. Borrowing to invest in economic growth also pushes up borrowing limits. Borrowing tax cuts, not so much.

Given that the limit is a matter of judgment or analysis rather than a simple, pre-defined number, we should not adopt arbitrary fiscal rules because they are easy to enact. These fiscal rules are also constantly being broken and remade by the chancellor to make them (economically) meaningless. They also lead to a bias that borrows less than is responsible for reaching arbitrary goals.

we should use Borrowing target range set by the Independent Finance Commission, responsible to Parliament. The missing costs of not reaching the target range are symmetric, in other words, borrowing may be too high or too low, depending on the economic and institutional environment. Governments can still choose to miss this target range if they want to, just as they can choose to change their own fiscal rules at any time today. But unlike today, since the target ranges are set independently, governments need to explain their rationale to parliament and the public.