Why can’t Taco Bell tell you it’s actually trying to be sustainable?


Why can’t Taco Bell tell you it’s actually trying to be sustainable?

Last week Taco Bell announced that they want you to collect used sauce packets in a cardboard box and ship them to a recycling facility.This is the graphic from its website: 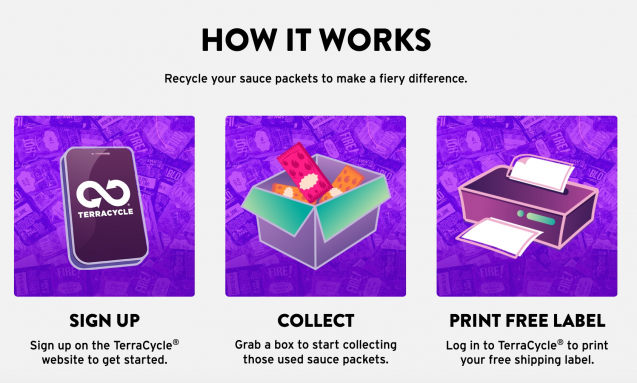 Nothing says “committed to” better than asking your customers to download an app (annoying), collect sauce packets in a cardboard box (weird), find a printer (impossible), use a printer (challenging), and drop one sustainable development”. Diablo Package (Criminal) on UPS.

But let’s not kidding. In fact, Taco Bell is trying. This is a welcome improvement over its original packet recycling program, in which customers were asked to collect used sauces so that the packets could one day be turned into picnic tables.This is figurative For this activity: 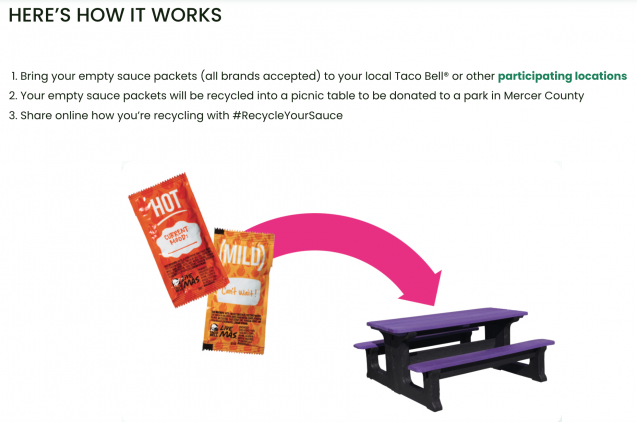 I don’t know what’s worse: the label “RecycleYourSauce” or Taco Bell is likely to use Microsoft Word to design sustainability graphics.The franchise said in its press release that the sauce recycling program embodies “doing [sustainability] In a subversive, true Taco Bell way. “

None of these emissions-based sustainability programs are included on the Taco Bell website.Instead, its sustainability content includes: iterations of the sauce package plan and a webpage titled “Our Purpose” This highlights the brand’s adoption of recyclable cups, sustainable packaging and “sustainable palm oil”.

While switching to recyclable cups, improve packaging and use the most Environmentally sustainable ingredients Both are legitimate sustainable development initiatives worthy of public recognition, and Taco Bell should do better by highlighting its more meaningful environmental improvements.

In emphasizing ancillary sustainability programs (such as the Sauce Packet program), Taco Bell does two things: 1) dismisses environmental sustainability by suggesting that customer-led programs will have a significant impact 2) misses the point of Its opportunities for millions of everyday consumers to advertise what will happen really “make a difference” in saving our planet.

So why can’t Taco Bell tell you what’s important?

As far as I know, sustainability is not fully integrated into the “Live Mas” lifestyle. Taco Bell as a brand has long relied on a lack of seriousness as a cultural identity. At Taco Bell, they put Doritos in tacos, serve “Mexican pizza,” and offer a special edition of Mountain Dew. Taco Bell thrives on its vulgarity.

The worst career move in the Sustainability Department was brushing aside elitism. While discussions about environmental impact have made their way into the Yum Brand Board of Directors, Taco Bell’s lack of substantial public-facing sustainability content suggests that sustainability cannot yet coexist with vulgarity.

Sustainability initiatives should not be accepted by the public just because they fit into the brand’s sleazy identity. Operationally, Taco Bell had no problem decoupling its brand identity from sustainability. If Taco Bell can have both minds, so can its many loyal fans.

Show me real, substantive sustainability work first, and then who knows – I might mess around and start collecting a few thousand sauce packets.

Paul Hagopian is a student at Columbia University Master of Sustainability Management program.