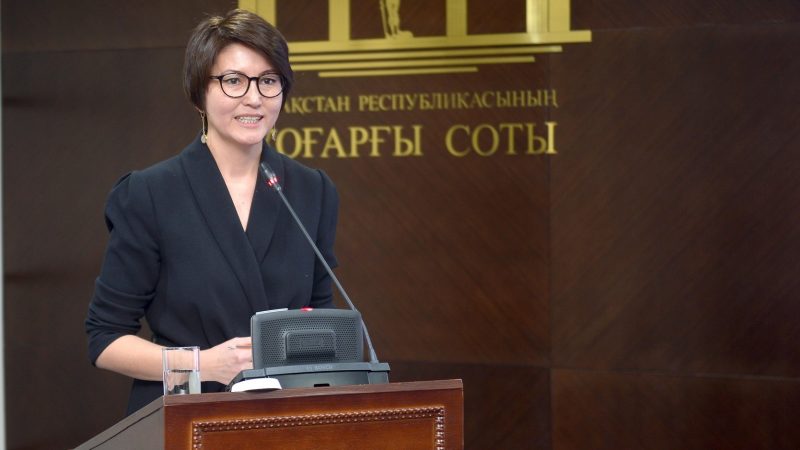 Kazakhstan has undergone great changes in human rights over the past few years, but more work has not been completed. Independent expert Nazgul Yergalieva said in an interview with EURACTIV that he described how the authorities of this Central Asian country are now working with NGOs to improve human rights protection .

Your professional background is human rights, combating torture, etc. You have written three “alternative reports” on the human rights situation in Kazakhstan. Can you explain? What are these reports and how are they different from official reports?

I am an independent consultant and have been working in the field of human rights since 1999. From 1999 to 2008, I worked at the Central Asian Open Society Institute in Budapest. Later I moved to Kazakhstan, first worked in a non-governmental organization, and then became an independent consultant, engaged in various projects, mainly the legal department, institutional reform, reform of the prosecutor’s office, and police reform.

As an independent expert, I am employed by international organizations including the European Union to provide services and produce alternative reports on Kazakhstan. I can describe this work as advocating for human rights in order to promote better human rights protection in the country.

In 2005, I participated in an open society project focused on combating torture in Central Asia. At that time, all governments in the region did not recognize instances of torture and practices, and it was impossible to have any meaningful contact with the government on this particular topic. Then we realized that the only team that was more or less independent and could solve this problem was a lawyer.

Regarding the so-called “replacement report”, I want to explain that as a member of the United Nations “International Covenant on Civil and Political Rights”, Kazakhstan needs to submit a report to this world organization every four years. The report is based on the questions asked by the United Nations to their respective countries, and NGOs answered the same questions at the same time. The United Nations draws concluding observations based on two reports from the government and non-governmental organizations. Compared with official opinions, NGO reports are usually more critical.

Back in 2014, when I was doing this work, the government was not self-critical enough. Independent judgment was very useful for UN agencies, which in turn made very useful suggestions to the country.

You mean things have changed since then?

We still have cases of torture in prison institutions, we still have cases of deaths in custody, and cases of persecuting political activists for freedom of speech and assembly. But it is true that many things have changed, and the progress is also attributed to the active work of the country’s national human rights organization. More specifically, this applies to the criminal justice system, in which a new criminal procedure law was passed in 2014, which includes safeguards advocated by NGOs. Another example is the next wave of reforms in 2016 aimed at modernizing law enforcement agencies. In this regard, NGOs have also provided additional safeguards to reduce the length of detention before prosecution.

Another example was in 2018, when I had the opportunity to work closely with the Office of the Attorney General to develop an action plan to combat torture. This effort has produced a historic document, because for the first time the Anti-Torture Alliance has worked closely with the main stakeholder, the Attorney General’s Office, to develop a comprehensive action plan covering all aspects of prevention. And investigating torture.

However, the Minister of the Interior at the time did not support it, and most of the recommendations were not implemented in the law. Nevertheless, the documents generated are still valid and can be used as a blueprint for policy and publicity.

What has changed over the years, are human rights experts like you, who represent civil society, regarded as friends or enemies by the authorities?

In general, the nature of cooperation between government agencies and non-governmental organizations, civil society, and independent experts has changed, and cooperation with the authorities has become more meaningful.

Government agencies have had an active dialogue with civil society organizations and human rights NGOs on specific reform measures. This kind of participation makes each reform better than before. Such dialogue and participation have indeed improved the quality of reforms. So I think this is the main development over the years.

Although the problem is still complicated, “details determine success or failure”, government agencies are also trying to listen to the opinions of non-governmental organizations and take them into consideration in legislative reforms. Technology has also greatly improved cooperation and transparency.