Integrity and compliance of infrastructure projects in the Western Balkans – EURACTIV.com 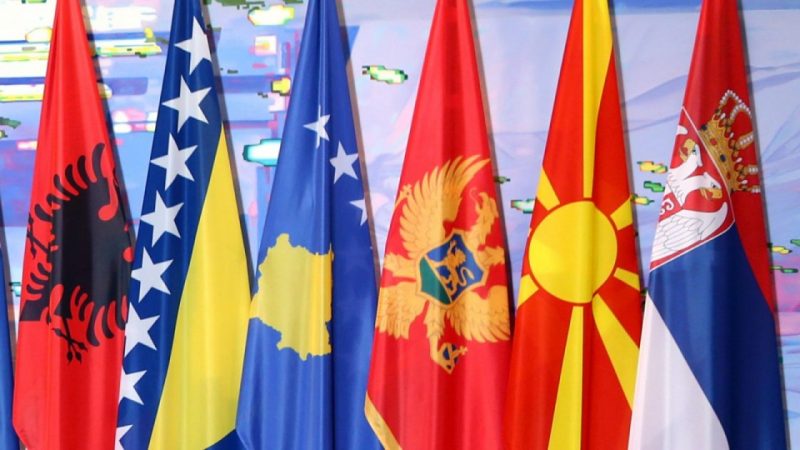 A group of authors wrote that civil society can play an important role to ensure that corruption and wrong priorities in infrastructure projects do not undermine the EU’s 30 billion euro fiscal plan for the Western Balkans.

In the next seven years, up to 30 billion euros will be used for the recovery, economic development and green transformation of the Western Balkans (WB6), of which 9 billion euros will come from grants provided by the European Union.

It represents a qualitative leap in financial assistance to the region towards a project-based development model that parallels national reforms.

However, at least until these lines are written, what has not been reformed is the governance of the mechanism that makes it possible to prioritize most related projects to ensure their efficiency.

Although meticulous efforts and a large amount of resources have been designated for the preparation of mature financing files, the local issues that directly affect its successful implementation have only been partially dealt with, and often are not dealt with at all.

Status capture was referred to as a structural weakness of WB6 in the 2018 EU Progress Report, but it has not yet been identified as a “key aspect” that will affect EIP’s success at the WBIF meeting in December 2020.

The EU’s specific requirements for spending of 30 billion euros have been partially recognized through the need for accompanying reforms, but it did not specify the benchmark or the “carrot and stick” mechanism. An increasing number of third-party participants in the region also did not appear on the WBIF risk list.

The delayed action plan recognizes that accelerating project implementation faces many challenges, such as changes in project requirements, low quality preparations, changes in procurement strategies, low participation by beneficiaries, and changes in priorities after the change of government.

But the proposed mitigation strategy is limited to the establishment of a “traffic light monitoring and reporting system.” Despite increased transparency, the system did not address the cause of the identified problems.

The connectivity agenda issue is an overflow of local governance issues. When we talk about good governance in infrastructure projects, we are talking about the practical and tangible impact of applying the rule of law in the daily lives of WB6 citizens.

In the new expansion method, the progress made in the fundamental cluster provides the conditions for the advancement of the negotiations in the transport, energy or digital chapters and is reported in this way.

But in the case of EU-supported infrastructure, WB6 citizens will not need to consult the EU progress report to understand the adoption of obtain Or the progress of reforms, and how they affect his or her life. They will immediately evaluate its effectiveness because they will (or not) use it every day.

In addition to its direct impact on citizens, infrastructure is a weak underbelly of expansion, because it can destroy the entire economic conditions embedded in the WB6 country’s economy and reform process.

In addition, WB6 will undoubtedly feel the emergence of interconnection initiatives around the world.

In this region, we have witnessed parallel prioritization pipelines: one produces mature projects in accordance with the EU approach, and the other prioritizes and funds infrastructure projects through alternative mechanisms and standards that are different and unrelated to the EU.

The availability of alternative financing sources for projects that do not meet EU standards weakens the EU’s conditional factors.

The Berlin process, which focuses on connectivity, has pushed the role of infrastructure in expansion to the forefront, not only because of its huge fiscal scale, but also because it makes the EU’s transformative power practical.

Finally, since 2014, we have been talking about specific projects in specific regions, not just the size of funds transferred from the EU to the WB6 government. Citizens of WB6 are now more aware of where a lot of EU funds are going.

They can also compare EU-supported projects with government-run projects and check differences in cost and quality.

Professional think tanks have seized this opportunity and have produced different monitoring reports, evaluations and analyses, and made recommendations since 2015.

They bring a unique understanding of local conditions and their expertise in solving the rule of law challenges that directly affect the infrastructure projects of the connectivity agenda.

The special laws drafted for the signing of infrastructure projects and the consequences of Serbia’s lack of a national development plan, the political priorities of the Kosovo road track, the alternative national project pipeline in Montenegro, the low quality of project preparation in North Macedonia, the environmental impact of Bosnia, and the heavy use of 2021 In the civil society forum held in Berlin in June of 2008, the Albanian PPP and project parameter changes were proposed and discussed.

These phenomena have affected the basic clustering of WB6 conditions in order to smoothly achieve integration with the EU and full members.

By intervening in the planning and implementation of WB6 infrastructure, WB6 professional think tanks and civil society organizations (CSOs) are trying to bridge the democratic deficit in policy-making, all of which will help increase EU taxpayer funds in our expenditures. Use efficiency. area.

The current review of the EU’s 12.9 billion euro budget expenditure for the next seven years is an excellent opportunity to consider the irreplaceable role of WB6 civil society organizations.

Without the participation and empowerment of WB6 citizens, mainstreaming basic principles into economic and investment plans will not succeed. Local think tanks and civil society organizations are key participants in this effort.