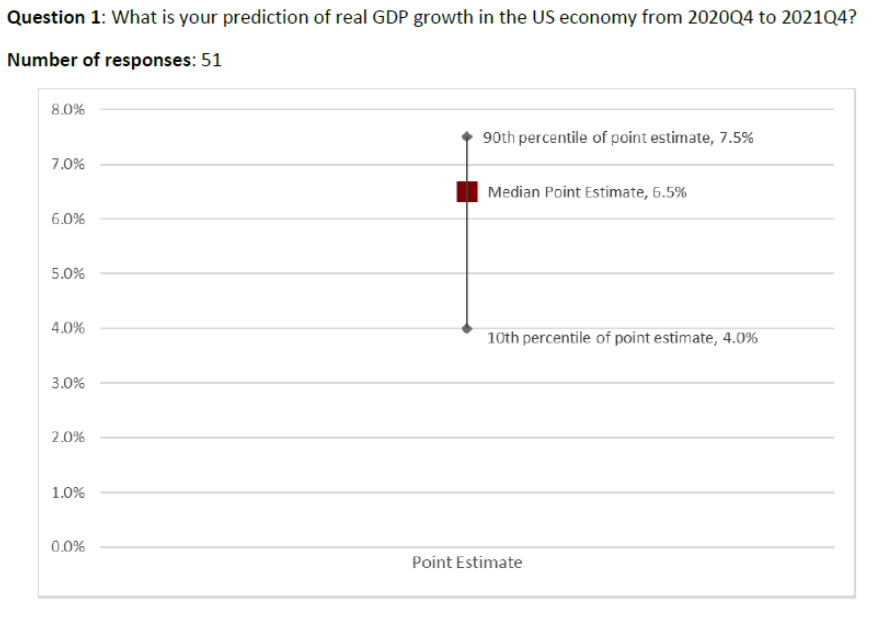 From today’s Financial Times, “Economists predict that by the end of 2023, the U.S. will raise interest rates at least twice”:

A new survey of leading academic economists by the British “Financial Times” shows that rising inflation will force the Fed to raise interest rates at least twice before the end of 2023. The first survey conducted by the Financial Times and the Global Market Initiative of the University of Chicago Booth School of Business indicated that the path of monetary policy may be more hawkish than the Federal Reserve Chairman Jay Powell suggested.

Can find non-gated surveys Here. Some points of particular interest to me:

These are resolved in the following diagram Survey results. 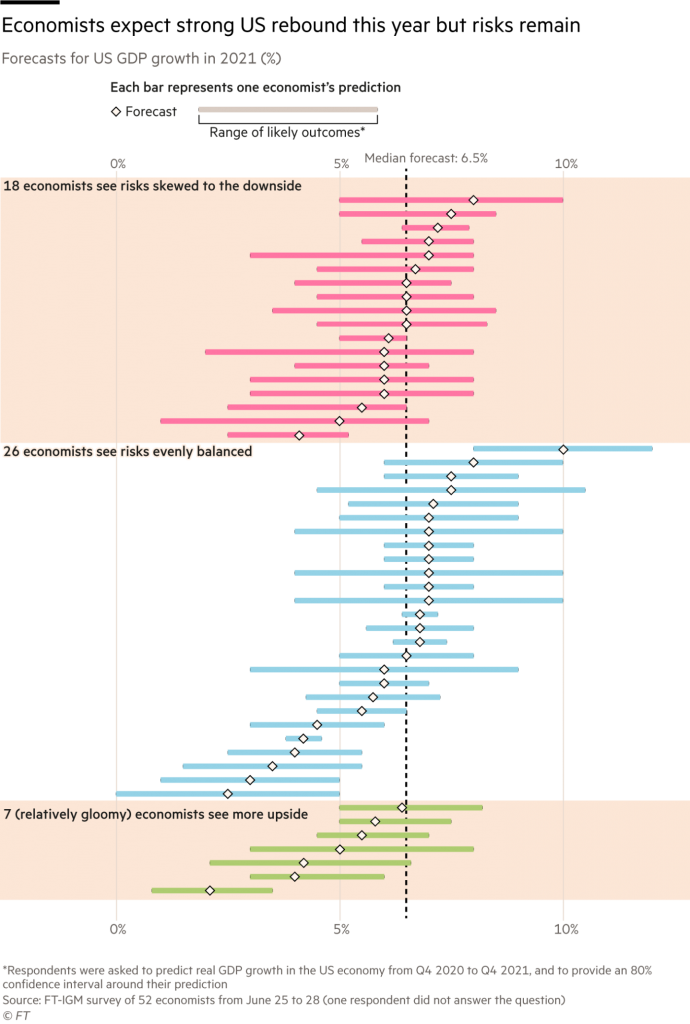 My forecast is very close to the median. Although my forecast is skewed to the downside, I am not as pessimistic as some interviewees (within the 90% range). Interestingly, some interviewees are so different-we know that the GDP growth rate in the first quarter is about 1.5% (all growth rates are not calculated annually), and the approaching forecast for the second quarter is about 2%, so We have about half of the fourth quarter/fourth quarter growth already known. Therefore, some forecasters must consider possible major negative factors (such as delta variants, developments in other parts of the world). 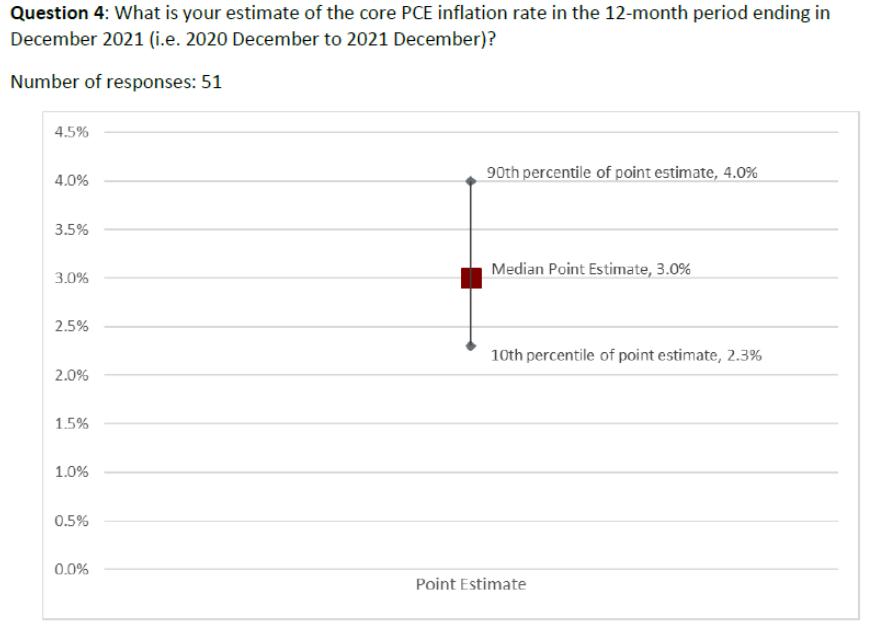 The median estimate of core PCE inflation is 3%, slightly lower than my estimate of 3.3%. 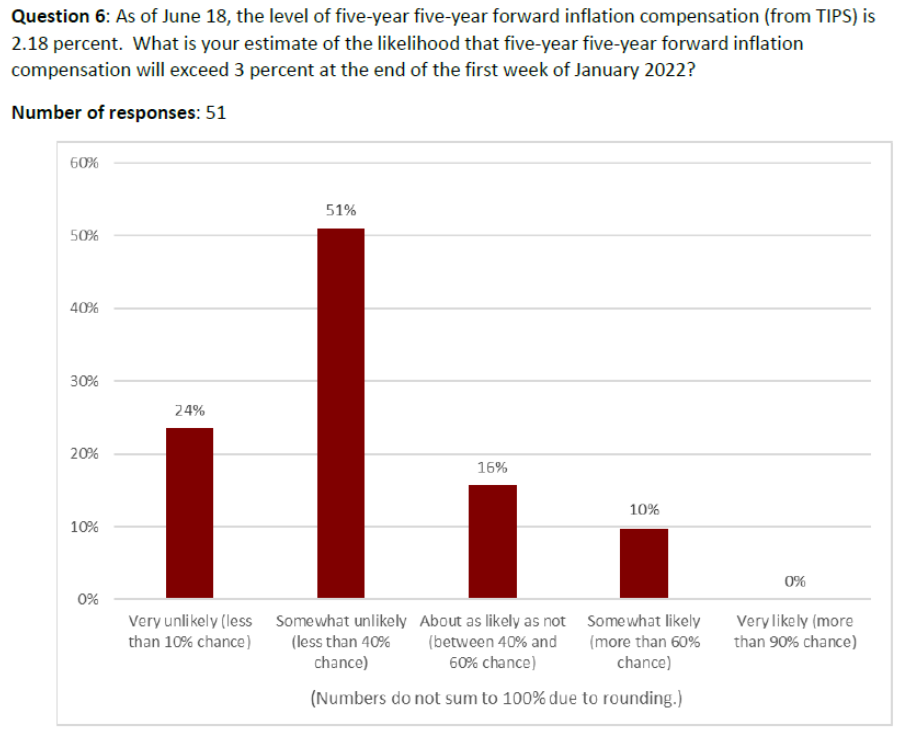 Considering the possibility that inflation will continue to rise, a key factor is the long-term expected inflation (see Graphically explained framework). Here, interviewees seem to think that inflation expectations are well anchored.