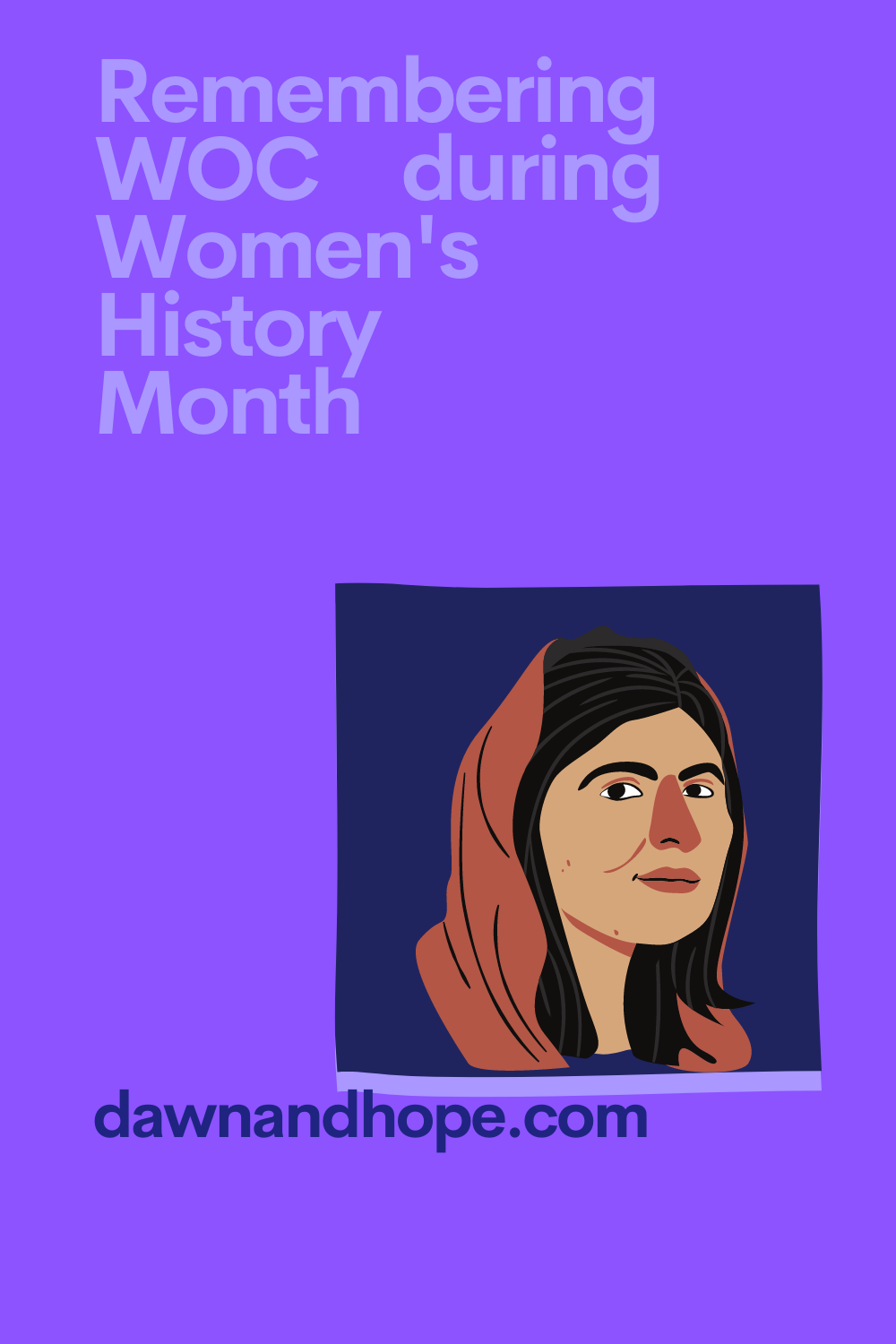 Many countries in the world celebrate Women’s History Month in March. This month also coincides with the International Women’s Day celebrated on March 8. In this month, let all of us remember and respect the contribution that women have made to make this world a better place. In today’s post, I pay tribute to the achievements and achievements of women of color.

Throughout history, women have had a major impact. Here are just a few of the many facts we all need to know about women’s rights –

August 1920– Susan B. Anthony Amendment on the 19th Amendment to Voting Rights

May 1960– The world’s first commercially produced contraceptive pill was approved by the U.S. Food and Drug Administration (FDA).

September 1994– The Violence Against Women Act signed by President Clinton

January 2013– The US military lifted the ban on women serving in combat positions.

For me, it is difficult to choose which women to show in my posts today because there are so many. Women in science, technology, engineering, art, mathematics, music, literature, social justice and other fields. This article is a tribute to so many women, who I learned while growing up, and now I have the opportunity to really talk about them. Read on to learn about the few women among the many women who have made a huge impact in shaping our world.

Women of color in STEAM

Dr. Ellen Ochoa was the first Hispanic woman to enter space in 1993, when she performed a nine-day mission on the space shuttle Discovery.

She is the first Asian American woman elected to Congress. She co-authored the Ninth Amendment to the Higher Education Amendment prohibiting sex discrimination.

She is the youngest Nobel Peace Prize winner at the age of 17, and a female education activist in Pakistan.

She is an Indian mathematician, author, and mental calculator, and earned her a place in the 1982 Guinness World Records.

She is an African-American space scientist and mathematician, and a leader in American space history. She has made a great contribution to the aerospace program of the United States.

She is a Pulitzer Prize-nominated poet and civil rights activist, and worked with Martin Luther King Jr. and Malcolm X during the civil rights movement in the 1960s.

Barbara Jordan (Barbara Jordan) was an outstanding politician and civil rights leader, and the first southern black woman elected to the U.S. House of Representatives.

She is the first Latino Supreme Court judge in American history. She is also the third female judge in the history of the U.S. Supreme Court. Sotomayor continues to support women’s issues, criminal justice reform and legal immigration.

She was the first Muslim woman to represent the United States in the Olympic Games, and she also won an Olympic medal.

In 1955, she refused to give up her seat to white people on the bus and was the first black woman to initiate a civil rights movement.

She is an outstanding writer and activist, the daughter of Chinese immigrants, and worked hard in the civil rights movement in the 1960s.

She is a labor activist and co-founder of the National Farm Workers Association, and has been advocating for immigration and Latino rights in the United States.

She is a single mother, marathon runner, lawyer and member of the New Mexico State Congress, and one of the first two Native American women elected to the U.S. Congress in 2018.

She is an Iranian mathematician and professor of mathematics at Stanford University. She won the quadrennial Fields Medal in 2014, which is the most prestigious award in mathematics.

She was one of the first female graduates in Bangladesh and the entire British Empire. She became the first female doctor of Western medicine not only in India, but also throughout South Asia.

She was the first woman and the first African-American to receive a master’s degree from the University of Hawaii, and helped develop an effective treatment for leprosy.

She is a Native American poet, musician, playwright, and writer, and has won the American Poet Laureate.

All in all, history is full of names of women of color, who have had a big and small impact on making the world a better place. Through pioneering and leadership, some of these women opened the door to achievement, even if no man had achieved it at the time. As an educator, I know that we need to push our girls to pursue careers in STEM, but I also let them know that it’s important to be a leader and pursue their passion in anything that interests you. Let us take a moment to remember all the women of color, many of whom are unheard of. They have helped create the world we live in and have made progress in various fields. Let us not only remember them in this March Women’s History Month, but also let us always remember their strength, perseverance and hard work.

Dear readers, we would be happy to hear from you. Have you heard of these women? Who inspires you the most? Please add more to this list to help spread awareness and pay tribute to them. You can comment below or send an email to [email protected]