Despite his anger at the war, the Prime Minister of Armenia won a majority in the polls – EURACTIV.com 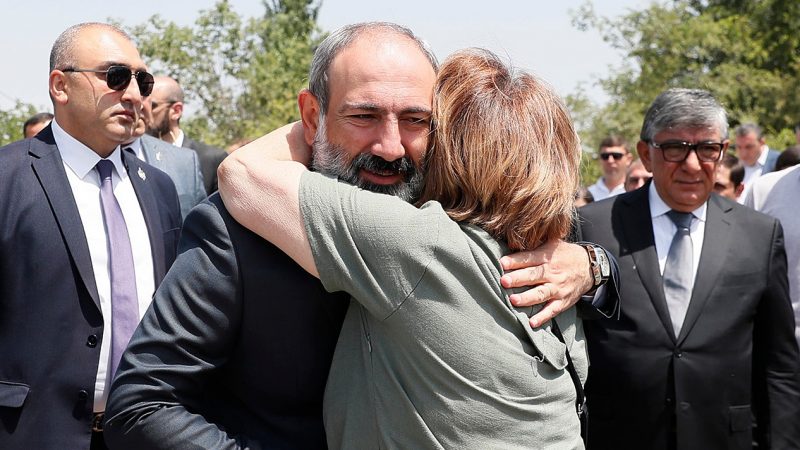 Armenian Prime Minister Nikol Pashinyan (Nikol Pashinyan) won a decisive victory in the parliamentary elections on Monday (June 21) and consolidated his rule after months of dissatisfaction and protests against Azerbaijan’s military defeat .

Pashinyan’s Civil Contract Party won the ballot on Sunday with nearly 54% of the votes, overcoming the handling of his devastating struggle to control the separated Nagorno-Karabakh area. Anger to ensure an absolute majority.

After announcing the preliminary results early on Monday morning, Pashinyan, 46, said: “The Armenian people authorized our Civil Contract Party to lead the country and personally let me lead the country as prime minister.”

He urged supporters to flock to the main square of the capital Yerevan to hold an evening rally to celebrate the victory.

Pashinyan announced a quick poll gamble earlier this year, when protests against his rule peaked and after he claimed to have resisted military leaders’ coup attempts.

These rallies and opposition calls for Pasinyan’s resignation began in November last year when he signed an unpopular peace agreement that was mediated by Moscow to end the fight with Armenia’s archenemy, Azerbaijan.

The two countries fought a six-week vicious war last year, killing about 6,500 people, and Armenia handed over large areas of Karabakh and its surroundings to Azerbaijan.

On Monday morning, the Prime Minister visited a military cemetery and laid flowers in front of the soldiers’ graves.

Sunday’s vote was seen as the two horses between Pashinyan and his main rival Robert Kocharyan, who led Armenia from 1998 to 2008 and was seen as a tie with Russian President Vladimir Putin. Close relationship.

Analysts said that many Armenians voted for the prime minister because they were afraid of the return of the old elite, and this sentiment echoed in the streets of Yerevan.

Ruben Kazaryan, a 60-year-old IT worker, said: “People want an honest leader who doesn’t steal and is not an oligarch.”

After the polls, Kocharyan, whose coalition received 21% of the vote, charged a foul.

Kocharyan’s Armenian Union said in a statement: “Hundreds of signals from polling stations prove that organized and planned fraud is a serious cause of lack of confidence in the results”.

The alliance stated that it will not acknowledge the results until it studies “violations.”

However, election observers from the Organization for Security and Cooperation in Europe praised the polls as “competitive and well-functioning” and said the vote count was “highly transparent.”

“The fundamental freedoms that are key to democratic elections are universally respected,” the OSCE Ombudsman said in a statement.

The Office of the Attorney General of Armenia stated that as of Sunday evening, 319 reports of violations had been received.

Kocharyan himself was accused of rigging the presidential election to support allies and presided over a deadly crackdown on protesters in 2008.

In 2018, Armenia held the country’s first free and fair vote under the leadership of Pashinyan, which won international acclaim.

However, OSCE observers did point to the “severe polarization” in the Armenian political landscape, saying that the game was “undermined by the increasing provocative language of the main contestants”.

In a vicious election campaign, the candidates insulted and threatened each other. Pashinyan wielded a hammer at the rally, and Kocharyan said he was ready to fight the prime minister in a duel.

Despite the suffocating heat, nearly 50% of the approximately 2.6 million eligible voters voted.

After the vote, Armenia’s Soviet-era ruler Russia, its long-time enemy Azerbaijan, and its ally Turkey are seen as the main supporter of Baku in the Karabakh War.

Pashinyan, who was imprisoned as an opposition politician, was hailed as a hero when he came to power in the peaceful revolution of 2018.